Click here for more information about the Stress Workshops

If we didn’t have an internal warning system that guided us away from danger, we would be extinct. But this is small comfort to those people whose internal warning bells are drowning out the system.

As I sit down to write this piece I can actually feel anxiety rumbling away in my tummy. Not because of the topic, but because I want to get so much done today, and this is just the first thing on my list. The feeling stopped me from crawling back into bed with an amazing book. Luckily, I can make a clear connection between the feeling of agitation and its cause and use it as positive motivation.

However, for many of my clients, small underlying feelings of anxiety and unrest have become the backdrop to their entire lives. Like a bad case of emotional tinnitus, it is always there in the background, occasionally flaring up into full blown panic attacks and phobias. In the end people who suffer from various types of anxiety overdrive become afraid of feeling afraid. And that is a real vicious trap.

Our alarm and survival mechanism is powered by a bundle of nuclei called the Amygdala(e). It is located in a more primitive part of the brain called the limbic brain. In my anatomically inaccurate drawing on the right the amygdala thinks in red. To the left is the eye that transmits information, and to the right, down by the brain stem is the amygdala. The amygdala can be seen as a rather intellectually challenged executor of our survival mechanism, also know as the fight/flight mechanism. It literally thinks in terms of on/off. And makes no subtle distinctions. That job is set aside for the dialogue in blue, representing the most modern development of the brain, the neocortex. About 25 million years ago this part of the brain, in particular the pre-frontal cortex, began to give us humans more and more sophistication in our thinking, including, cognition, self reflection, consciousness and language. At least, that is what we think for now…

Most people know that our fight flight system responds to perceived outside dangers. In the illustration, the eye spots a stick like thing and thinks it could be a snake. It sends this information to the amygdala who tells the hypothalamus to prepare the body to fight, to run away, or to freeze. Pulse rate increases, palms get sweaty, blood goes from the stomach to the extremities, cortisol and adrenaline begin to flood the body, activating the sympathetic nervous system.

A fraction of a second later, through the intervention of the pre frontal cortex, we realise it is only a stick, not a snake, and it sends, (arrow in blue), messages to the parasympathetic nervous system to act like a brake. It also promotes a kind of “rest and digest” response that calms the body down after the danger has passed.

However, what we have only just begun to understand is that the amygdala can’t distinguish between an outside impulse or one that comes from within the brain (the green bubble of thoughts). If we have gradually gotten into a state of mind where we are always feeling anxious, we begin to look for reasons for that anxiety. And pondering on all the things that may be wrong, from forgetting to lock doors to relationships breaking up, will signal to an already over-active amygdala that it is time to man the pumps, again, and call panic stations. And so you end up in a vicious cycle where the initial cause of the alarm is no longer known, but we are in a constant state of survival preparation.

Scott Stossel, himself a sufferer from several diagnosed anxiety disorders, has written a wonderful engaging book called My age of anxiety, where he explores what it is like to learn to live with an over active fight flight mechanism. He acknowledges that medication can only achieve so much, although it has an important role, but that the real power comes from taking control back over this instinctive survival drive that has gone into overdrive.

So while we can acknowledge the power of an out of control panic system and the tremendous suffering it causes, let’s also look at the way in which some relief might be achieved by mindful application of the pre-frontal cortex. The first step is to begin to understand if it is an external or an internal narrative that is making you frightened. Unless there is clear and present danger and a threat to life and limb, most of the time it will be internal. You telling you to be scared.

External/Internal: Now say you have been told you may or may not have a very severe illness, but the results will take a week. Anyone would say that it is normal to be anxious and afraid during that week. Because there is nothing to ‘do’, like jump out of the path of danger, or lift a tree, the amygdala (and its friends) will keep revving up. Anyone who lives with a constant threat of danger that they are powerless to do something about may eventually end up with a revved up panic system that doesn’t know how to calm itself anymore. This includes trauma from the past, or present, as much as it does periods of stress at work. Stress is just another word for the fight/flight mechanism expressing itself.

Internal: Then you have the situation where there is – in practical terms – nothing much wrong in your life. You have a job, a partner, financial security, but still there is this constant worry that there is something wrong. You fall into the trap of imagining there must be something wrong, otherwise you wouldn’t be feeling like this, and in your mind one scenario after the other is analysed, gone through, worried over and fretted about. Have you ever heard that wonderful Irish saying; worry is like a rocking chair, you think you are doing something, but you don’t move. This constant turning over in your mind of comments, actions, slights, eventually stimulate the fight flight mechanism into perceiving danger and doing something about it. Because simply said, the impulse to register danger is the same as the impulse to do something about it. The lack of being able to ‘so’ something is a deeper cause of anxiety.

Power of the mind

The good news is that we’re equipped with a means of bringing some order into this anxious chaos by bringing awareness to the process from our control center, thia 25 million year old ‘new’ edition to our brain. This neo cortex (again, I am over simplifying things a little), has the power to stop this over-reactive amygdala from constantly flooding the system with fight/flight impulses. The first step is to begin to listen to yourself and to take your fears seriously.

Yes, that sounds counter productive, but it is totally in line with something called Ironic Process Theory, first introduced by a man called Daniel Wegner. This theory holds that if you try very hard not to think of something, you will end up doing it more. A friend of mine was really worried she would say ‘congratulations’ instead of ‘condolences’ to a recently bereaved relative. The more she worried about it and the more she was pushing down the word ‘congratulations’ so as not to say it, the more interesting it became to her brain. And of course, that’s what she said. We’ve all been there. In the same way, the more we push away our fears, dismiss them as silly, childish or even bad, the more attention we will be paying to them at an unconscious level. Where, as an unidentified source of something being ‘wrong’ it is identified as being a threat to the system. Conversely, the more we try not to think of the things that make us afraid, the more afraid we will become

So mindful awareness is NOT about pushing the thoughts away or locking them in a box. It is more about letting them ‘be’ there and exploring them in a dispassionate, almost rational way.

Though dispassionate does not mean without compassion. Imagine a little boy who can’t sleep and runs into the living room to tell his parents there is an elephant under his bed. Now we all know there can’t be an elephant under his bed, but if he is sent back to bed with that information and no support to handle his fear, the elephant will just grow bigger and more menacing. The wise parent takes the little boy by the hand and helps him to explore this phenomenen of an elephant under the bed… by looking under the bed!! Then in the cupboard, and then in the toy box, until the little man is satisfied all is well.

The same courtesy needs to be extended to our fears. Most will disappear if we look at them calmly, lovingly, and yet dispassionately. Most will respond to us asking ourselves ‘what is the worst that can happen?’ as the Stoics did, and then, is that really the worst, or is there more, and could I survive that too? This is a great strategy for catastrophe thinkers.

Someone who feels that every social situation is a minefield of wounding and pain may need to imagine taking their little ‘amygdalae’ under their arm and ask it nicely not to kick off every time someone looks at them or wants to shake their hand. It is impossible to overcome social anxiety when you are in the grip of a full blown panic. One of my clients literally visualised her amygdala as this frightened, over sensitive five year old. And it helped her to step in to her very familiar mothering role to then calm and soothe herself before the system veered out of control. She may never become the picture of calm and serenity, it may just not be her design, but at least she can feel some sense of mastery over her senses, something that contributes hugely finding peace in your anxiety.

So prepare the system, use the control center, not to control and repress, but to gently parent this over-anxious amygdala and talk it down from the roof before it hijacks the whole system. Research has shown that this kind of mindful application and intervention in, what is after all an instinctive process designed to keep us from being eaten up, eventually leads to a better management of anxiety and fear. The combination of compassionate attention, and pedagogic investigation will begin to soothe a hyperactive irritated nervous system in the same way honeyed tea will soothe an irritated throat.

And yes, it IS hard and constant work. Psychological change is never easy but it is worth every effort to realise you can claw back a little mastery over your fears and anxieties my listening to them and dealing with them head on. 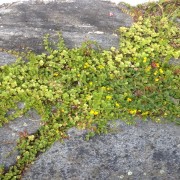 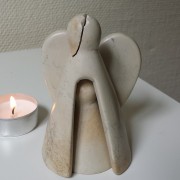 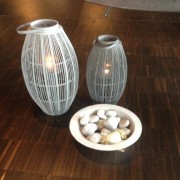 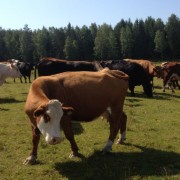 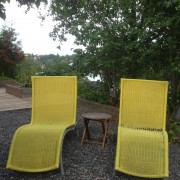 Don't feel sorry for me!
0 replies

Sick of being a trailing spouse?
Scroll to top