At Christmas and during the summer many of us go home to our families. These visits can be heaven or hell based on parental expectations of who we are supposed to be. 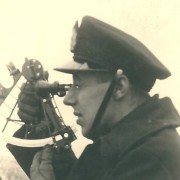 There are different ways of approaching the world, different expectations about how big a world we want to embrace. It’s when parental expectations, spoken out loud or implied, differ from our own, that we feel tension and very often guilt. Assuaging this guilt by trips home that you don’t really want only seems to make things worse.

After his retirement from the navy my father took a role in local government. By then I was living and working in London, and my brother, having followed in his father’s footsteps, was sailing the seven seas. Both my parents had spent much of their own lives either travelling or living abroad. My brother and I were just following suit. In contrast, families who lived in my father’s constituency sometimes visited him in tears because their ‘soon to leave home’ offspring had been allocated a house two streets away. Hot tears were cried in his office when a daughter or son could not be placed within the same neighbourhood. My father was wise, and only compared the two attitudes in the privacy of our own conversations. We agreed, it all comes down to expectations. So I can understand the concern often expressed in my workshops from travellers who ‘broke free’ from families that normally stayed put, and the tremendous guilt they felt over breaking the family mould.

Part of growing up is to choose between those expectations that we can meet and those that we can’t, be they about our sexual identity, our careers or our place to live. Until we get past the ‘childish’ feelings of guilt and the helplessness, it’s impossible to connect with our own sense of how much, or how little we want to live our parent’s un-lived lives. Maybe your parents expected you to be a belly dancer but you became a scientist instead. You now feel you have to be the best most perfect scientist ever, and deeply fulfilled, in order to justify not becoming a belly dancer. But in truth, it’s enough that you are a good enough and average, but happy scientist. In the same way, internationals feel they have to constantly be perfecting their foreign experience, and are often met with a sneering, “well you wanted it that way” whenever they even show a hint of the challenges that they may face.

Of course it feels as if the choice of living abroad just adds more fuel to the fire, but it’s the very fire you need to address, not the fuel! If anything, living abroad might make it easier to stick your head in the sand and refuse to deal with an expectations mismatch. Yet on trips home, the elephant in the room will be glaringly obvious through comments about other people’s amazing children and how much time they spend with their parents. Your feelings of guilt will bubble up and over. Another visit is ruined.

Envy and sibling rivalry come hard on the heels of guilt. Who hasn’t called home to enquire about a poorly parent and was told; “don’t worry about coming, you wouldn’t know what to do anyway, but thank goodness Sarah knows all the doctors here?” Unless you are clear in your own mind about it being okay to choose a life abroad, then you will never have the clarity of hearing that can filter out hidden meanings in a message such as the above. Fact is, sister Sarah probably is a much better help to them right now. So find out how you can support her, instead of being eaten up by sibling rivalry or guilt.

Again, it is just a more complicated variation on the entirely common theme, with parental expectations on the one hand and you and your siblings’ needs and desires on the other. But once we’re hooked by unhealthy guilt, it becomes very easy for us to hear accusations and slights in all manner of communications, even where they’re not intended.

But don’t I have obligations to my parents?

Even in the healthiest of families there is a tension between the right of children to individuate and stand on their own two feet and the sensitivities of the parents who would like to feel they still have some minor role to play in their children’s lives. In some cultures, parents are there for children so that the children will be there for them in old age. Maybe this will be out of obligation and duty, or out of love. I’m not so sure I agree with that view, although I respect those that can lovingly hold it.

I resonate more with Bert Hellinger, founder of the Family Constellations theory.

He holds parents responsible for giving their children selfless love, tolerance, generosity, guidance, etc. This ‘investment’, handled well, is then the responsibility of the children to pass on to their children, NOT back to the parents. It’s nice if they do, but it is not, according to Hellinger, their obligation, nor their responsibility. We take from the previous generation (and boy do we take!) and pass it on to the next. Parents that truly did the best they could for us, surely must prefer to be visited from a place of love, rather than a place of obligation and guilt.So if you can’t find that place of love, then you need to ask yourself what is causing the obligation and guilt that stand in the way, or replace it?

Is it time for an expectations reality check?

So are you feeling so guilty that you are hearing slights and demands in every phone call when they’re not there? Is every visit spoiled by recriminations? Or are you conditioned by your environment or culture to believe that you have an obligation to them? Just stop and think because whatever the answer, it is neither serving you nor your parents. So sort through and figure out what you would be willing and able to give from a clear place of love. Take unmet expectations that you will never meet and gently lay them back at their feet. And then stick to that and be the grown-up child that you are.

Permission to live countries away from parents who expect nothing from you other than to be leading happy and fulfilling lives is a huge blessing. And with that blessing comes a natural concern from those that are away, for the well-being of those that are still at home. When there is little we can do, we have to be gracious about letting others step up and do it in our stead. 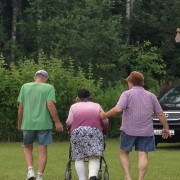 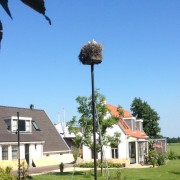 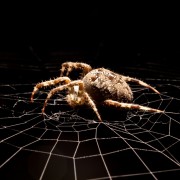 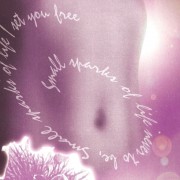 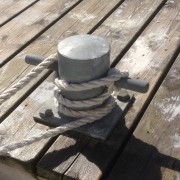 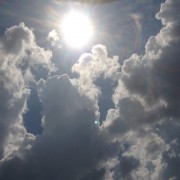 Confident and insecure
Scroll to top